Techne Summit Closes a Record 5th Edition with a $1 Million Prize and 9,000 Attendees 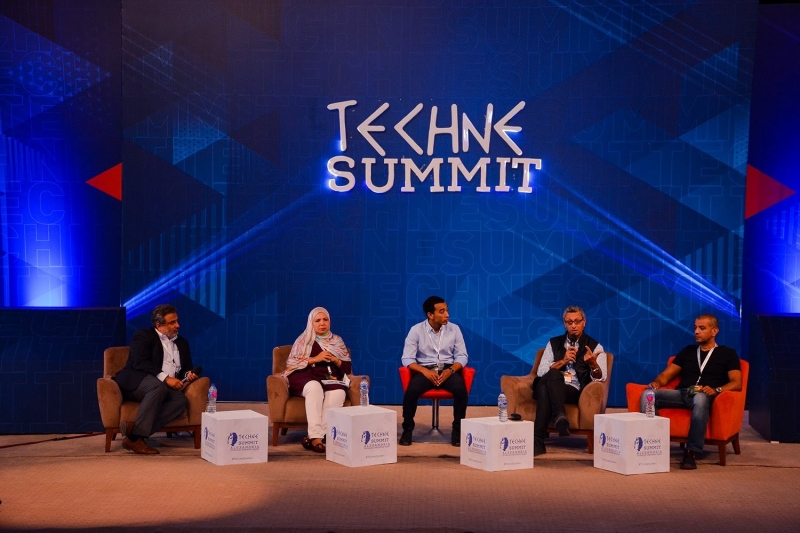 The summit was the first-ever event to utilize AI for its networking activities, through a match-making engine that created over 3.600 connections in real time. The event was also the Launchpad of MedAngels, the first Mediterranean Business Angel Investment Network.

9,000 attendees, 180 speakers from 29 countries, 160 talks, panels, workshops, 20 Satellite events and 3600 connections made: this was the result of Techne Summit, the Mediterranean’s leading startup event that took place on September 28th, 29th and 30th, at Alexandria’s Bibliotheca Alexandrina. Running its 5th edition, the summit was organized by creative agency Markade, and ran through 5 days of conferences, workshops, and satellite events across the city, bringing together innovators, startup founders, international experts, and investors, to boost the Mediterranean startup ecosystem.

"We've grown 10 times bigger in 4 years! From a local event that attracted 900 attendees, to a global one that was attended by 9,000 entrepreneurs, investors and key startup community stakeholders. The amount of energy along the 5 days was unparalleled. From side events that took place all over Alexandria at several co-working spaces, training centers, fitness boutiques, restaurants and cafes, to night networking events, competitions, talks and workshops; The learning and networking experiences were beyond phenomenal," said Tarek El Kady, founder of Techne Summit as well as founder and chairman of the Alexandria Business Angel Network (Alex Angels), and The Mediterranean Business Angel Investment Network.

The highlight of the entrepreneurial summit was their intuitive networking tool, the first artificial intelligence-powered matchmaking solution in the region. The engine, launched in the summit, calculated who the most relevant people, products, exhibitors and sponsors were for each attendee, featuring an intuitive interface to maximize engagement.

The tool made more than 100,000 recommendations to attendees, which resulted in over 8,000 potential connections and 3,643 actual recorded connections on the app, which allowed people to conclude 1,297 face to face meetings throughout the 3 days.

“It was very diverse - it kicked off with a local singer performing, with great content in AI, blockchain, FinTech, and e-commerce, but also marketing, funding, and all things startup. It’s not just the sheer volume of people who attended, but also the high quality of speakers and attendees. In a nutshell, I was really impressed!” said Dimitris Litsikakis, Global Head of FinTech at deVere Group.

The event was also the Launchpad of the MedAngels, the Mediterranean Business Angel Investment Network, which was officially launched on 30th September, with a panel featuring presidents and executives from angel networks of six counties, including Carthage Business Angels; Sophia Business Angels; and Business Angels Network Catalunya.

“Techne summit was very well executed. The content was comprehensive, and it was the perfect introduction to the startup ecosystem in Alexandria. I was pleasantly surprised by the number and quality of startups there.” said Laith Zraikat, Partner at ArzanVc.

The summit also hosted five startup competitions, including the Startup World Cup, championed by Egyptian startup "Praxi Labs" which has now secured their spot in Grand Finale in Silicon Valley for a chance to win $1,000,000.

The "Trip to Stockholm" pitching competition, co-organized by the Swedish Institute and the Embassy of Sweden in Cairo, saw Egyptian startup Mermaid win the first place, while Verteek and Talents arena took the second and third place.

The jury at the "AXA OneHealth & TECHNE" pitching competition decided to award 4 winners instead of 3, given the highly competitive startups participating. 3elagi won first place, followed by Imedical, Vetwork, and ByPass, who were awarded the second, third and fourth prizes.

Receive frequent (curated) updates about Tecnhe right in your inbox.

No Spam. No Clickbait. No BS. Unsubscribe whenever you want.